Share a memory
Obituary & Services
Tribute Wall
Read more about the life story of William "Bill" and share your memory.

William “Bill” Readling, 76, of Concord passed away January 17, 2023. Bill was born July 11, 1946 in Cabarrus County, a son of the late Walter and Helen Mills Readling. Bill was preceded in death by his wife, Donna Readling.
Bill was a graduate of NC State University Horticulutural School, and spent most of his early years in the agriculture business. He worked for the former FCX, now Southern States as a manager. He then owned his own Farming / Landscape / Nursery business.
Bill later, along with his wife, Donna owned and operated Midway Florist for many years until her passing. Bill was a volunteer fireman with Winecoff Fire Dept for 47 years, where he had been a past Assistant Chief as well as past president of the Board of Directors. Bill, also in his later years, did remodeling construction jobs and lawn mowing for many people in the community. He was also an avid sportsman and golfer.
Bill is survived by his children,
Lee Readling, son , Morgan Readling grandson, both of Kannapolis; Jordan Readling, grandson and a soon to be Great Grandchild, both of Saulisbury. Also Kaila (Roberts) Howell, daughter, with granddaughter Nikole Bostian Roberts of Concord, and daughter Britni Bowen of Salisbury as well.
A private memorial and gathering of family and close friends will be held at a later date.

To send flowers to the family or plant a tree in memory of William "Bill" Readling, please visit our floral store. 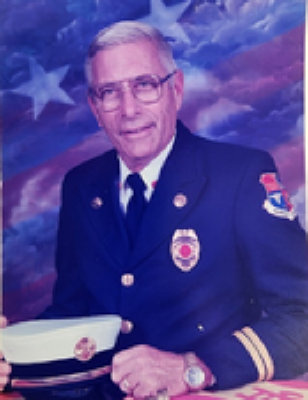