Share a memory
Obituary & Services
Tribute Wall
Read more about the life story of Robert and share your memory.

Dean was born in Charlotte, NC on August 12th, 1958 to Aubrey Wayne and Janice (Chandler) Haigler. He grew up and lived in Concord the majority of his life. He attended and graduated from Concord High School in the class of 1976.  Dean worked many places through the years including Stowe-A-Way fish camp, food management in the hospital, Lance Crackers, Murray Cookies and lastly Flowers Baking Company where he became known as “the bread man.” He retired in 2018 to spend the rest of his years relaxing and spending time with family.

Dean loved to run, walk, swim, float, cook, sing and whistle, ride horses, four wheelers and dirt bikes, sunbathe, stargaze and just generally be outside in nature. Dean was the definition of a family man and dedicated husband. He worked hard his whole life and did everything he could to take care of his family. He was a loving and supportive father to his children and poppy to his grandchildren. Dean was a jack of all trades. He could fix or repair almost anything from cars to plumbing and everything in between. He spent most of his time helping his family members or anyone who needed it. Dean was the kind of person who would give the shirt off his back if it was necessary. For his loved ones, he would drop everything to help or support them in whatever way they needed whenever they needed it.

Dean was a calm and patient person. He was often the voice of reason for his family and friends. No matter what was going on, he always kept a level head and made those around him feel like everything would be ok. He was a protector and a caregiver to many. His presence was one of safety and understanding. Dean had a beautiful outlook on life. He could always find the good in every situation or person. He made it known to many that he lived a blessed life despite how tired or stressed he was at times. He truly just loved life. He loved his family more than anything and made them feel it every day.

Dean had a hilarious sense of humor and infectious personality. He was someone who could always make those around him smile or laugh, even when it seemed impossible. He loved to share his cheerful attitude with others. He was always singing and whistling for everyone to hear. Matter of fact, you could hear him coming before you ever saw him. He loved to pick and play with his children and grandchildren for hours at a time. It was important to him that they learned serious life skills like swimming, driving or working. However, he had a talent for making it all fun and comical.

Dean was and always will be a strong and beautiful spirit. He will be greatly missed by so many. He left a lasting impact on everyone who was blessed enough to know him. He was a Godly man to his core and was anxious to meet his Lord and Savior. Dean did not want a formal funeral, but his family will be having a celebration of life party at a later date. Whitley’s Funeral home in Kannapolis is assisting the family. Online condolences may be sent to www.whitleysfuneralhome.com

To send flowers to the family or plant a tree in memory of Robert Dean Haigler "Dean", please visit our floral store. 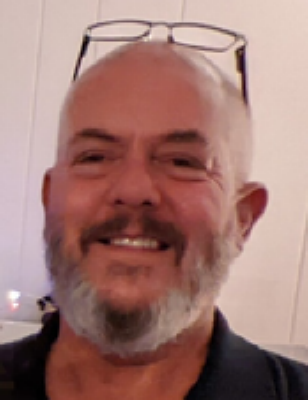