Share a memory
Obituary & Services
Tribute Wall
Read more about the life story of James "Jim" and share your memory.

James (Jim) Robert Burgin was born in Lincolnton, NC to Ellen DeHart Burgin Styron and the late Samuel J Burgin on September 20, 1952. He has been married to Gilda Burgin for 50 years.  A proud North Carolina native, Jim has served the Kannapolis, NC area as a State Farm agent for 30 years.

Jim attended West Mecklenburg High School where he played football and basketball. After school, he served in the United States Air Force. He graduated from N.C. State in 1978. With his degrees in forestry and economics, he owned and operated his own company, J. Burgin Co. for many years. In 1992, he became a State Farm Agent in Kannapolis, NC. He loved helping people and enjoyed guiding them in setting life goals and plans. Jim was blessed to work with amazing State Farm office teams. Jim was an ordained Deacon at First Baptist Church in Cheraw, SC, and also a Deacon and Sunday School teacher at Parkwood Baptist Church in Concord, NC. In business as well as life, Jim was well known for his work ethic, honesty, and integrity.

Jim’s greatest love is his wife, Gilda, closely followed by his children, and especially his grandchildren. Spending time with his family was his joy and he always made it his priority. In his downtime, he enjoyed playing golf, going to NC State football games, and riding his Harley with his friends. Jim was an avid and dedicated NC State fan. He always said a perfect weekend was watching the Wolfpack win and Carolina lose. When he wasn’t doing one of these things, you could find him spending time watching old war movies. One of his favorite hobbies was researching family history and ancestry with his brother, Sam, and travelling with Sam and his wife Peggy to seek out their discoveries. Some of the greatest blessings in life are true friends. Jim was blessed with several life-long friends that always loved and inspired him; Tom and Kathy McSwain, and his State Farm friends Brent, Aprille, and Jimmy.

Even though he will be greatly missed, he is now holding Evan and seeing his dad. He is healthy and whole, walking the woods and beaches of heaven.

A celebration of life will be held at Parkwood Baptist Church, main sanctuary, in Concord, NC on Tuesday, January 17 at 1pm. The family will receive friends from 1-2, followed by a short service at 2pm. In lieu of flowers, donations may be made to Cooperative Christian Ministry of Concord, NC.

To send flowers to the family or plant a tree in memory of James "Jim" Robert Burgin, please visit our floral store. 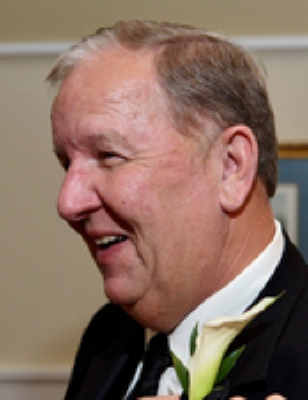