Share a memory
Obituary & Services
Tribute Wall
Read more about the life story of James and share your memory.

James Stewart Brown, Jr., 98 years old, of Kannapolis, went to be with his Lord and Savior on January 24, 2023.  James was born on October 18, 1924, in Cabarrus County to the late James Stewart and Fannie Cornelia Rumple Brown.

James proudly served his country during WWII in the US Army. He enjoyed telling stories about the war, specifically the raid on Los Banos.   He retired from Cannon Mill and began farming and gardening, growing vegetables over the summer.  People would come for miles for his Super Sonic Tomatoes and other produce.  An article was written by Ken Upright in the Independent Tribune, titled “James Brown, Godfather of Soil”.  James loved to talk and tell stories and multiple times a week would meet at Hardees with the “Hardees Group”.  He was willing to help anyone. James and his wife Evelyn joined Bethpage United Methodist Church in 1954 and have been active members ever since.

James was predeceased by his beloved wife Evelyn Virginia Allman Brown in 2022; his brothers, Lircey Brown and Ernest Rumple and his sister, Louise Watt.  Those left to cherish his memory are his daughter, Gay Brown Adams, and her husband Jimmy; his son, Dennis Brown and his wife Sandra; his sister, Ruth Fesperman; his grandson, Jason Adams; his great granddaughter, Alexis Parson-Adams; his bonus great granddaughter, Kelly Russ Miller and her husband Matthew, and his nieces and nephews.  A sincere and special thanks to Kathy Jenkins, his niece and friends that became family; Jerry and Sheila Fagan, and Malia and Mike Foil.

The family will receive friends on Saturday, January 28, 2023 from 10-11am at Bethpage United Methodist Church, 109 Fellowship Ave, Kannapolis with a funeral service to begin at 11am.  Interment will follow in the Church Cemetery.

Memorial contributions can be made in his memory to Bethpage United Methodist Church, 109 Fellowship Ave, Kannapolis, NC 28081.

Online condolences can be left for the family at www.whitleysfuneralhome.com.

To send flowers to the family or plant a tree in memory of James Stewart Brown, Jr., please visit our floral store. 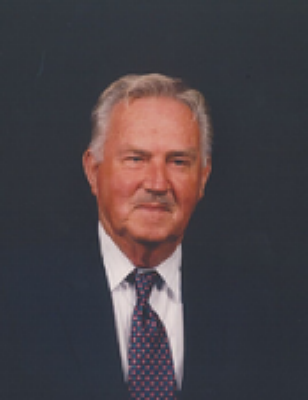