Share a memory
Obituary & Services
Tribute Wall
Read more about the life story of Donald "DJ" and share your memory.

Donald Frazier II was a man of silence. He was an observer, a watcher of the world that God had placed before him. Many took this for a lack of comment, but DJ had a mind so deep and colorful that even the greatest of authors may not portray it with words, the most magnificent of artists could not depict it with paint. He was a man of marvelous thought, a trait he reserved for his family he loved and protected with all his might.

DJ was-while a quiet man-one who loved the world. Though he did not always agree with it, he found it beautiful and good as his Lord intended it. He was well aware of this, and he made sure to allow that he appreciated it every morning when he opened his eyes.

He was also a man of unfathomable talent. He may have kept his spoken words in his chest, but his literary art that he pretended he did not possess would not be silenced. He would write magnificent words that he would happily share with any soul who wished to call them his own, no questions asked. He left the world with poetry about the wife he loved, the songs he cherished, and the country which he put his faith in.

DJ was a humble man, a man content with knowing that the Lord had given him everything he had dreamed of since childhood; a house, a dog, and a family he would have laid his life down for. He did not ask for anything he could not earn. Every generosity you could do him was returned tenfold in the form of his gratitude.

He will be missed, he will be loved, he will be remembered. And his words, and his love, and his memories, live in the spirits of those he left to continue his legacy.

DJ was preceded in death by his superman, his father, Donald Wayne Frazier, and his grandparents. He will be forever remembered lovingly by; his wife, Ashley; his children, Lillian, Donald Wayne III, and Abigale; his mother, Gwen; his siblings, Terrance and Jessica; his Ma-’N-Law, Gale; his nieces and nephews; Brianna, Bryton, Marcy, Karen, Kinlee, Nathan, Jackson, Harper, and Payton; and numerous aunts, uncles, and cousins.

To send flowers to the family or plant a tree in memory of Donald "DJ" Wayne Frazier, II, please visit our floral store. 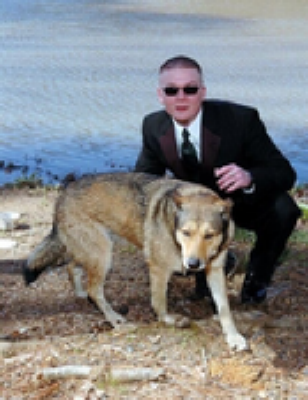 You can still show your support by sending flowers directly to the family, or by planting a memorial tree in the memory of Donald "DJ" Wayne Frazier, II
SHARE OBITUARY
© 2023 Whitley's Funeral Home. All Rights Reserved. Funeral Home website by CFS & TA | Terms of Use | Privacy Policy | Accessibility